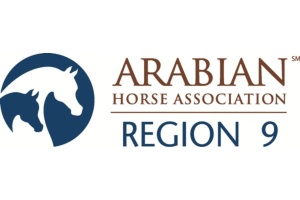 The AAHC is a group of Arabian horse enthusiasts located throughout the state and beyond. Membership in AAHC offers the opportunity to meet other Arabian horse people, attend and participate in meetings, horse shows, clinics, trail rides, fundraisers, and other events to promote the Arabian breed.

OAHC welcomes anyone who loves the Arabian Horse. You don't have to own a horse to come and be a member of our club. Feel free to be a part of us and offer your ideas and suggestions, so that we can better serve your needs!

It is the mission and purpose of CTAHA to promote responsible breeding and use of Arabians as pleasure horses, sport horses and show horses; to provide events for our association members and their Arabian Horses for the purpose of recreation and education; and to promote interest in the Arabian and Half-Arabian horses in Central Texas.

The club has offered an A rated show for many years. Three years ago, we dropped our Christmas Show and now have the Autumn Arabian Classic Show, held the third week in September. It has proven a great tuneup and dual qualifier for Nationals and is one of the most attended shows in Region 9. It is held at the Brazos County Expo Center, Bryan, Texas. The club has a Spring Fling Open All-Breed Show, in April or May. We promote SIRE, Houston's Therapeutic Riding Centers, by participating in their annual Ride A Thon, trail ride and donate to them through our Arabian Spirit Riders Team and Recycled Ribbons program. The club also supports Region 9 youth projects and AHDF. Our website and Facebook page are constantly being updated. Visit us and find out what else is currently planned.

We proudly sponsor the AHCT show at the annual State Fair of Texas in Dallas. We have been holding this show since 1953.

To devote the time and effort of it's members to aid and encourage the breeding, exhibiting and perpetuation of the Arabian horses and to promote interest in Half-Arabian Horses in the San Antonio and surrounding area: to provide facilities for gathering

Our club is based west of the DFW Metroplex Area. Our members' interests cover all aspects of the Arabian horse, from showing, breeding, endurance, sport horse/dressage, and pleasure riding. We hold several BOD meetings and an Annual Meeting each year. Anyone who is interested in the Arabian horse is welcome, whether they own one or not.

Come have fun with us! We sponsor open shows, dressage shows, halter futurities, parades, and other events. We are friendly and family oriented!

Green Country Arabian Horse Association is an active club meeting the needs of its members for over 25 years. GCAHA sponsors four shows per year and a competitive trail events as well as social events.

Chartered in January 1993 by International Arabian Horse Association (now AHA), the club was founded for the purpose of promoting the Arabian horse, Endurance riding, Limited Distance riding and Competitive Trail riding. For years the club sponsors the Frigid Digit 25/50-endurance ride and the Texas Bluebonnet Classic 25/50/100-endurance ride. The club has sponsored the AHA Region 9 Championship endurance ride from 1993 until 2014. Other club activities include working with the US Forest Service at LBJ National Grasslands in Decatur, Texas. Since 1993 TADRA members have been active in a number of civic projects at LBJ National Grasslands located near Decatur, Texas. Members have donated hundreds of hours of labor to locate, clear, map and maintain 50 miles of permanently marked horse and hiking trails at this Federal preserve. The club has donated both money and labor to construct permanent restrooms and camping spaces at TADRA Point campground at the Grassland. In September 2000, the club was awarded a $38, 480 grant by Texas Parks and Wildlife to construct 25 miles of new horse and hiking trail and install 2 new windmills and stock tanks on trail at LBJ National Grasslands. The money comes from the National Recreational Trail Fund through a provision of the Federal Highway Bill. Construction was completed in early 2002.

We are a group of people who like to get together and enjoy our horses. We try to offer activities for members and non-members to participate in.

Arabian horses imported into North American were characteristics of the desert horse-prized for their hardiness, substance, versatility, stamina, soundness, athletic ability, and intelligence without sacrifice of beauty and presence. The goal is to preserve and promote these qualities valued by the early breeders of Arabian horses in America and to ensure that horses with those same attributes will be available for future generations.