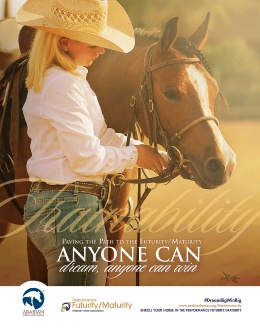 Arabian and Half-Arabian/Anglo-Arabians can compete in Futurity/Maturity/Derby classes at the U.S. Nationals. These classes feature the best of the breed's young athletes, some of these young horses are sold before they even leave the arena. A wonderful marketplace to showcase the best and brightest that the industry offers.

There are 3 parts to participate in the Performance Futurity/Maturity classes at U.S. Nationals:

Owners wishing to compete in this program must enroll in the program either by making payments or one lump sum.

For 2020 the Performance Futurity/Maturity/Derby Program enrollment fee deadline(s) have been adjusted as follows:

Note:  All Half-Arabian horses competing in the Half-Arabian Halter Futurity and the Performance Futurity/Maturity Program must have DNA type of the horse and the horse's Purebred Arabian parent on permanent record with the AHA Registry and the horse has been shown to qualify as an offspring of the stated purebred parent.  The DNA parent verification must be on file at the AHA office in order for the horse to be eligible to compete in the class.

Enrollment may also be submitted after the deadline all the way up to the final close of U.S. National Entries in Tulsa. (Late fees will apply.)

Class intent must be declared at the time of enrollment into the program (Example: I intend to compete in the Western Pleasure Maturity AAOTR).

In addition to the program enrollment, you must enter into the Performance Futurity/Maturity/Derby Class at U.S. Nationals on an official entry form or online at the AHA website by the date of entry close.  If you do not enter the show or program, a late fee(s) will be assessed.

Arabian and Half-Arabian/Anglo Arabian Cutting Futurity has been discontinued at U.S. Nationals.

Arabian and Half-Arabian/Anglo Arabian Herd Work Classes have been added to U.S. Nationals.  This class is for horses that are 6 years of age and under.  The enrollment fee is $740 if paid by July 1, 2020 if paid in full (or by July 1,  August 1 and August 15 if enrollment is being made with payments).

For additional information regarding the Halter Futurity and the Performance Futurity/Maturity Program, contact AHA at info.comp@arabianhorses.org or at 303-696-4500, option #4.

Who Is This Program For?

Five-year-old and under Arabian and Half-Arabian/Anglo-Arabian Performance Horses:

6 & Under Arabian and Half-Arabian/Anglo-Arabian Performance Horses 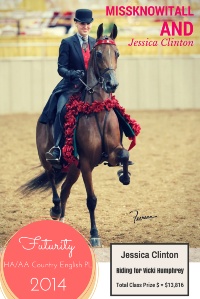 All Half-Arabian Halter Futurity, Performance Futurity/Maturity/Derby, AEPA and AWPA classes at U.S. Nationals and Canadian Nationals will require DNA testing.  DNA type of the horse and the horse's Purebred Arabian parent must be placed on permanent record with the AHA Registry and the horse has been shown to qualify as an offspring of the stated purebred sire or purebred dam through DNA type testing. DNA testing will be at the owner's expense and must be on file with the AHA office before the horse will be eligible to compete. If the DNA is not on file at that time, the horse is ineligible to be shown and all nomination fees will be forfeited.

A $40 one-time processing fee per class must be included with the first payment.

All Performance Futurity/Maturity horses must be enrolled and total fees paid no later than the close of entries of the U.S. National Championship Horse Show. 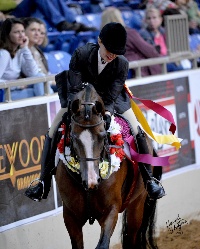 TOTAL PAID FOR PERFORMANCE FUTURITY / DERBY
$189,505.92
Combined Class is calculated only once in Total Payout

TOTAL PAID FOR PERFORMANCE FUTURITY
$183,031.85
Combined Class is calculated only once in Total Payout

TOTAL PAID FOR PERFORMANCE FUTURITY
$197,894.70
Combined Class is calculated only once in Total Payout

TOTAL PAID FOR PERFORMANCE FUTURITY
$166,950.00
Combined Class is calculated only once in Total Payout

Marketplace
Subscribe, participate, buy goods or sell Arabian items of your own.